Croatia is one of Europe’s best kept secrets when it comes to wine. This south-eastern European country, stretching from the Adriatic Sea on one side to border of Hungary and the Danube on the other side, is very much a wine producing and wine loving nation. Today, Croatian wines are mostly unknown outside of the national borders or at least the borders of the surrounding countries, but this is deservedly changing.

Wine making in this area has preceded the Romans and goes way back to Ilyrians, Thracian and Ancient Greeks. There are fossilised remains of certain primitive vines found in this territory, dating back to Cretaceous period (145,5mil BC – 66mil BC). Romans did have a big influence in this area and ever since them territory of Croatia has been growing grapes and producing wines in majority of its geographical regions. Great Phyloxera epidemic of the late 19th century destroyed many of the vineyards in the country and sparked an emigration wave out of Croatia. Many Croatians ended up involved in building up some of today’s well established New World wine regions (e.g. California or New Zealand). Phyloxera wiped out many of the old indigenous varieties in the continental part of the country, while some of those in the coastal regions were saved. Croatia today boasts over 120 indigenous varieties.

Wine making in Croatia is marked by a drop in wine making for personal consumption – which was the hallmark of the traditional way of life in many of this country’s regions – and an increase in quality of the professional production. Speaking of professional production, domestic wine making is mostly in the hands of small, family-owned wineries which rarely produce quantities for major exporting. This, combined with the fact the country has very different wine regions (with regards to climate, soil, sunshine hours, etc…), is the main reason Croatia is very much unknown as a wine country in global terms. Around 1600 professional producers working close to 19600 hectares / 48400 acres, produce 640000 hl of wine (2017). This doesn’t leave much to export when you consider the fact Croatians are very much a wine drinking people and have plenty of international guests visiting the country through incoming tourism, consuming local wine.

Croatia is divided into 4 major wine growing regions, each very different from the others (Read more about them in our text describing them in more detail). Main varieties planted are white Grasevina (Welschriesling) found in continental regions, white Malvasia Istriana (indigenous variety) found in Istria, and red Plavac Mali (indigenous variety) which is the main variety grown in the southern coastline region of Dalmatia. More about different varieties grown is covered in our separate text.

All in all, Croatia is perfect for exploration with its wine regions being not only interesting from viticulture and wine making points of view, but also from the point of view of a thirsty traveller. This country’s wines are gaining international acclaim at breakneck speed and this is the right time to get in on Croatian wine either as an enthusiast collector, wine traveller, distributor, or potential vineyard owner. 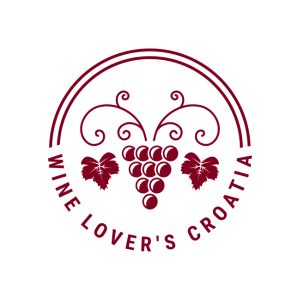